Back to all posts

This is the week for finalizing the Speak Peace album! After months spent writing, recording & arranging the songs (9 originals & 2 covers), we're finally at the stage of mastering the album, listening to & adjusting each mix before sending it to our radio promoter next week. We'll let you know as we near the official release date, but it will be sometime around the end of May.

When I began work on Speak Peace in January, little did I know that a terrible war in Ukraine would soon begin. We continue to pray for God's favor and protection on the people of Ukraine as they fight for their survival. In the face of war and the threat of war, my earnest hope is that the music of Speak Peace will help in some small way to restore our spirits with beauty & hope. 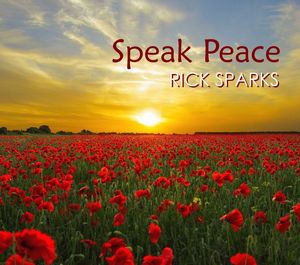